Yesterday I managed to see a small video clip of the League Managers Association (LMA) Annual Management Conference in March at the British Museum, London. Brendan Rodgers was being interviewed and firstly that got my attention. Although I wasn’t at the conference, the small clip gave a great insight into Brendan’s philosophy in developing players and creating a learning environment to improve them.

The conference looked a great event, but another speaker (who I admit I had never heard of!) was Ben Ryan, a Sports Science graduate, and a teacher before becoming the Fiji 7’s Rugby coach. The clip of his presentation was very small, but some great words stuck with me.

“My goal as a coach isn’t to win multiple world titles or Olympic gold medals. It’s to make myself redundant. To be able to go to really big game, like an Olympic final or a World Cup final and know if I am not there the team will still perform and do everything right”

What an amazing way of looking at things and something I can relate too in my practice.

I’ve mentioned in previous blogs that simplicity is the key and this is something I will always stand by and I would agree that being redundant is equally as important.

When players understand the why and the how will take care of itself, and this comes down once again to simplicity, communicating a clear and concise message for players to understand.

Prepare the player to do their job effectively.

Bill Walsh was one of the most successful coaches in NFL, turning the 49ers from flops to champions. In his book “The Score Takes Care of Itself”, (one of the best books I have ever read and I throughly recommend!), it’s very clear that Walsh was obsessed with preparation.  He thought about every contingency he could think of because as he learned the hard way,

“The more thorough, the more extensive, the more rehearsed, the better you perform under the pressure of any situation that calls for an immediate decision.”

Walsh was also a great leader himself, not only did he believe in his team – they believed in him. This culture didn’t come about overnight it took a lot of work with Walsh almost resigning at one point, but perseverance and belief saw him through it. Culture must be created.

“You need to stretch people to help them achieve their full potential…the most powerful way to do this is by having the courage to say, “I believe in you.” These four words  constitute the most inspirational message a leader can convey.”

As sports science staff we make up a small proportion of a team, (I am biased enough to admit it’s an important part), but it’s a small part. We are there to support the players to the best of their abilities, to push them beyond what they believe is possible from a physiological & psychological perspective amongst many other things. I want every player I work with to achieve success that they never thought was possible. I want every player to win medals, trophies, get international caps and achieve their dreams/goals/ambitions in football.

I am a firm believer that if we do everything correct during the process (i.e. the training week) then the outcome (the match) will take care of itself.

But when it comes to the players being out there performing, then being redundant is important too. 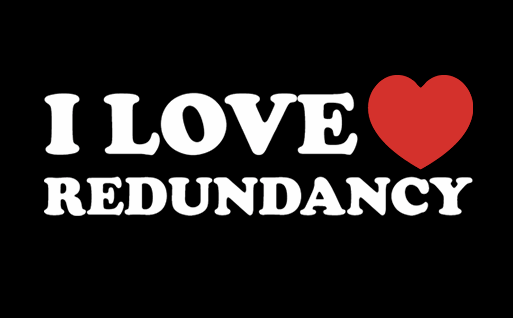