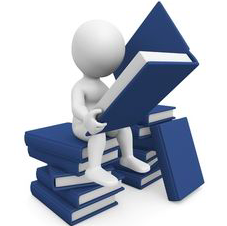 Along with scientific literature I read a lot of books in my spare time. Personally I can’t get on with ebooks and kindles, when it comes to a scientific paper I need to print it off to read it and when it comes to reading books I need the hard copy in front of me.

Here is a list ( in no particular order) of some of my personal reading over the past 12-18 months and certainly books I would recommend for any coach, not just those in sports science and the physical preparation of players.

The only book on this list that is not in paper copy and the reason for this is that I had heard so much about the book that I couldn’t wait any longer to experience it so I downloaded as an audiobook. I have found the book a brilliant resource not just in a coaching / sporting environment but in life as well. The book has allowed me to look into my lifestyle away from work and assess how much time I dedicate to rest and relaxation. Coaching is a physical vocation in most respects and an area that is often disregarded is the mental element of coaching – how we as coaches also recover from work.

Without giving too much away,  Peak Performance is broken into 3 sections based on Stulberg & Magness key principles of:
* The Growth Equation (stress + rest = growth)
* Priming – the power of developing optimal routines and designing your day
* Purpose – to keep you focused and motivate

It’s full of handy tips that can be instantly actioned, and backed by some fascinating  scientific evidence – this book gave me the idea for my previous blog The Mindset Milkshake

Ego Is The Enemy (Ryan Holiday)

This book does exactly what it says on the tin. Ryan Holiday puts across some fascinating stories of both those who have made it all and lost it all due to their enemy – the ego. The book is full of stories of those who conquered the ego by not believing their goals to be linear in the quest for success. Holiday writes about the value of trusting the process rather than focussing on the outcome of a goal. An excellent read for any coach.

This was the first S&C book I ever read after a recommendation by a mentor. In this text Vern Gambetta combines years of practical experience with scientific theory which allows the coach to plan effectively when working with athletes. One of the stand out messages that Vern gets across in the book is that of simplicity, something that has been a key part of my personal coaching philosophy from the start.

A double header here from Adam Owen – because I think both these books are a great read. Simple and practical both books cover topics such as Periodisation, SSG’s, Injury Prevention, Speed and Agility all supported by evidence and with fantastic illustrations of coaching practices that can be implemented in sessions. The books give a great overview of the underpinning biomechanincal and physiological principles when considering the planning and structure of training whether that is through SSG’s or targeted speed and agility training.

Tony Strudwick (Manchester United) has done a brilliant job putting together an evidence based publication that covers a wide spectrum of science in football from biomechanics, nutrition, psychology, talent ID, systems of play, injury prevention, skill acquisition and match analysis. Tony has pulled together some phenomenal contributors to the book including Jens Bangsbo, Dave Tenney, Gary Curneen, Sam Erith, Anthony Blazevich and Greg Dupont amongst many others. A real gem of a book.

I have been a fan of Prof. Damien Hughes for quite some time after first hearing him speak at an event over 10 years ago in Leeds. Damien recently gave the opening talk at the Football Medical Association and I was so intrigued bought this book immediately after.  The book is a quite brilliant piece of work from Prof. Hughes who has based his writing on his studies and his travels around the world observing the best coaches at work. Damien himself is a former coach at Manchester United and continues to practise as boxing coach in his native Manchester.

The Five Steps that separate the best coaches and teams from the rest are:
S – Simplicity: Keep Your Story Simple
T – Thinking: Provide easy tripwires to trigger positive reactions
E – Emotions: Play on Your Audience’s Emotions
P – Practical – Be Practical in how your deliver your message
S – Stories – Harness the Power of Stories to best communicate your message

A brilliant read with some great stories from top level coaches.

Carlo Ancelotti is a coach I have always admired and is one of the best coaches in world football having managed Parma, AC Milan, Chelsea, PSG, Real Madrid & Bayern Munich and has not only won the title in every country he has managed he has won the Champions League five times (3 x as manager and 2 x as a player).

The book gives an excellent insight into Ancelotti’s coaching philosophy and practice with some excellent anecdotes that can be applied not just in coaching but in life and business too.

The Score Takes Care of Itself (Bill Walsh)

This is one of the best books I have ever read, if not the best, when it comes to leadership. Walsh transformed the worst performing NFL (the 49ers) team of its era to the best performing team. The book talks about changes he brought in as well as his philosophy of leadership.

Walsh’s coaching philosophy extended beyond X’s and O’s and permeated the entire San Francisco 49’er organization from Joe Montana, Steve Young, and Jerry Rice to the coaching staff to the office secretaries to the locker room custodians.

A pivotal area in Walsh’s success was his famous “Standard of Performance” which can be summarised in the following 10 points:

Quite simply a brilliant read for any coach who has an interest in building a winning culture and maintaining it.

I really don’t know much about rugby we rarely played it at school and if we did I was just the quick kid they gave the ball too and said “run fast”. However, this doesn’t mean I don’t know about the All Black’s and when we think of culture within an organisation this book epitomises what culture is all about, how it’s built and how there is no room of ego’s.

Kerr spent some time at the heart of the All Blacks and talks extensively about how the team stumbled and struggled, but got back on their feet, stronger than ever, by returning to their core value – that individual character and dedication to the team are their most important virtues.

Each chapter is one of these lessons. Some of the chapter/lesson titles include; Character, Adapt, Purpose, Authenticity, Sacrifice, Responsibility, Expectations, Ritual.

A few of the many many great and inspiring quotes from this book include:

Carol Dweck’s finest work has sold over one million copies and still stands the test of time.

Dweck is a leading psychologist in the field of personality and social psychology.  Essentially in her book she argues that there are two beliefs about intelligence: either that it is ‘fixed’ – you have inherited it and there isn’t much you can do about it – or that it can ‘grow’ given the right circumstances.

“It is what you believe about your own intelligence that will determine how you approach a problem or a setback, and ultimately determine whether you fulfil your potential. “

In many settings, there is a one word difference between the Fixed and Growth mindsets. When the Fixed Mindset faces a challenge it will often say “I’m not good at this”.  The Growth Mindset person faces the same challenge and adds the word “yet.”

I originally read the book in 2011 when recovering from serious injury, and the book has recently been updated by Dweck with more finding from her continuing work. Having re-read the book again after I can certainly relate to the value of a growth mindset especially in high performance sport.

One of the reasons Mindset is a great read is because it’s solutions-oriented and offers many key points that can help the reader shift that mindset (we can’t always be in a growth mindset!).

Dweck herself has admitted that she has oversimplified her findings for the purpose of the book and that most of us are not purely fixed-mindset people or growth-mindset people. We’re both. That made me look at somethings that I have approached some with a growth mindset while other things I have looked at in a fixed mindset.

However, the book will certainly force you to ask yourself questions about your own (and others!) mindset and offers practical solutions so that you’re almost guaranteed to approach life with a growth mindset.