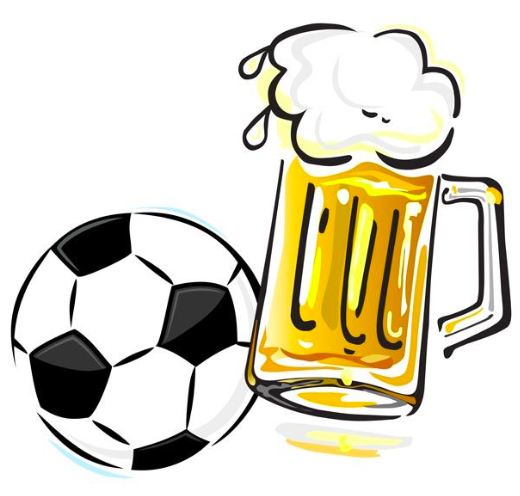 Alcohol is the most commonly used recreational drug globally and its consumption, often in large volume, is deeply embedded in many aspects of Western society (Barnes, 2014).

But is it optimal for athletes?

1. Any of a series of hydroxyl compounds, the simplest of which are derived from saturated hydrocarbons, have thegeneral formula CnH2n+1OH, and include ethanol and methanol.
2. A colorless volatile flammable liquid, C2H5OH, synthesized or obtained by fermentation of sugars and starches andwidely used, either pure or denatured, as a solvent and in drugs, cleaning solutions, explosives, and intoxicatingbeverages. Also calledethanol, ethyl alcohol, grain alcohol.
3. Intoxicating beverages containing ethanol considered as a group: the national consumption of alcohol.
(Source: http://www.thefreedictionary.com/alcohol)

As well as providing a source of energy, alcohol (ethanol) has metabolic, cardiovascular, thermoregulatory, and neuromuscular actions that may affect exercise performance (Shirreffs and Maughan, 2006).

However, alcohol is non-nutritional and can only be broken down in the liver (at an average rate of 150mg per kg per hour) which inhibits the formation of glycogen and slows the elimination of lactate.

Research overwhelmingly suggests that alcohol use and athleticism do not go hand in hand, in fact alcohol consumption can have a negative affect on overall performance and  from the athletic performers perspective the acute use of alcohol can influence motor skills, hydration status, aerobic performance, as well as the recovery process; consequently, influencing subsequent training and competitions. (Barnes, 2014)

Chronic use of alcohol may lead to poor body composition, nutritional deficiencies and a depressed immune system, leaving the player exposed to illness and injury (Barnes, 2014; Volpe, 2010) and motivation for training and playing may decrease due to the depressant nature of alcohol.

The effect that alcohol has on an individual depends on many  factors such as genetics, gender, volume of alcohol ingested, type of alcohol consumed, body mass, nutritional status – which explains the large variance that the effects of alcohol has across individuals.

Post training / competition we must recover from the stress that has been applied so that we are fresh and prepared for the next session / match, to recovery properly from exercise it is important to stimulate muscle protein synthesis (MPS), rehydrate and replenish glycogen stores. Alcohol, however, can interfere with many of these essential post-exercise components and hinder the recovery process.

Replenishing glycogen stores is essential component to recovery, especially when the turnaround between training and competition is short (which is most weeks in football!). It is unclear if alcohol consumption after exercise directly affects glycogen synthesis; however, alcohol can indirectly displace carbohydrate and protein intake (Burke et al., 2003).When protein-rich foods are displaced with alcohol during the post-exercise recovery period, MPS is not optimally stimulated, which can potentially inhibit muscle growth and repair.  A recent study by Parr et al., (2014) found that alcohol significantly decreases MPS even when adequate protein is consumed.

Further to negative effects of alcohol on energy storage and MPS, alcohol has also been shown to negatively affect sleep (both quality and quantity), recover from injury, and the production of hormones associated with muscular growth (Barnes, 2014).

Recent research has found that large doses of alcohol intake after resistance exercise increased cortisol levels (stress hormone) and decreased the testosterone-to-cortisol ratio, which can interfere with the adaptive process of long-term resistance training (Haugvad et al., 2014). However,  its worth acknowledging that sample size of this study was small (eight males and one female), but it was noted by the authors whilst neither a low nor a high dose of ethanol adversely affected recovery of muscle function after resistance exercise, the increased cortisol levels and reduced testosterone/cortisol ratio after the high ethanol dose could translate into long-term negative effects.

In addition to an imbalance of the inflammatory response, alcohol also acts as a vasodilator, which increases blood flow to the injured area, and this may not only increase the severity of the injury, but hinder the recovery process (Barnes, 2014). This can seriously impact the rate and outcome of recovery from injury.

To add to all of the above, central nervous system (CNS) function is impaired at high doses, resulting in decrements in cognitive function and motor skill, as well as behavioral changes that may have adverse effects on performance (Sherriffs and Maughan, 2006) and the residual effects of alcohol consumption (the hangover!!) has shown to decrease aerobic capacity by approximately 11% (Barnes, 2014).

Whatever your opinion on alcohol, whether or not it is your tipple of choice post exercise (or pre in some cases!) – I hope this blog has given you some insight into the possible effects of alcohol on performance and how it may influence your recovery from training and games.