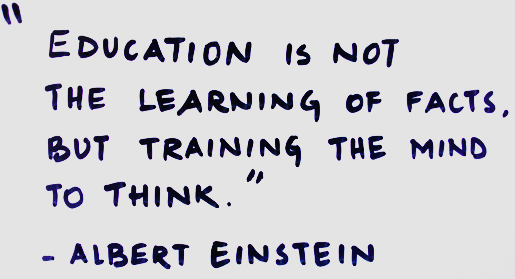 I have been meaning to write this particular blog for a long time – so here it goes!

Often in a world dominated by social media, it sometimes feels like it is acceptable to judge a point of view on how many retweets or like a post get. In turn, interactions are created between authors and followers that may have positive and negative consequences for both parties.

However, are we losing the art of conversation and debate? Where does criticism end and critical thinking begin (or vice versa!), and what is the difference between the two?

Let’s start by having a look at two very broad definitions:

“The intellectually disciplined process of actively and skillfully conceptualising, applying, analysing, synthesising or evaluating information from, or generated by, research, observation, experience, reflection, reasoning, or communication as a guide to a belief and action”

“Being inclined to judge severely and find fault”

Critical thinking is an active process as we are effectively thinking about our own thinking, constantly evaluating our thoughts and actualising. Criticism is a passive process whereby we act on our first desire, thought or emotion without any evaluation. As there is no real evaluation or questioning in our thinking or any process involved,  criticism is easy to give and often hard to accept.
Critical thinking is not negative and should not be perceived as such. Whilst critical thinking is about judgement, which can include finding faults, it has more emphasis on questioning and analysis, whereas criticism will have negative undertones as it is finding fault based on passive thinking and / or emotion.
Another big difference is getting personal, something I have seen a lot of on social media very recently. Criticism is more than often directed at a personal level. However, critical thinking should always be directed towards the argument (this may include published work, or theories / concepts).
The critical thinker is open minded, will question their assumptions/beliefs and consider all views, but not necessarily accept them.
The Open University (2008) uses a ‘stairway’ to demonstrate the skills involved in the critical thinking process:
Step 1: Process – Take in the information (i.e. in what you have read, heard, seen or done)
Step 2: Understand – Comprehend the key points, assumptions, arguments and evidence presented.
Step 3: Analyse – Examine how these key components fit together and relate to each other.
Step 4: Compare – Explore the similarities and differences between ideas.
Step 5: Synthesise – Bring together different sources of information to serve an argument or idea you are constructing. Make logical connections between the different sources that help you shape and support your idea.
Step 6: Evaluate – Assess the worth of an idea in terms of its relevance to your needs, the evidence on which it is based and how it relates to other pertinent ideas.
Step 7: Apply – Transfer the understanding you have gained from your critical evaluation and use in response to question.
Step 8: Justify – Use critical thinking to develop arguments, draw conclusions, make inferences and identify implications.
Source: ‘Critical thinking: online guidance’, the Open University (2008) no longer available but cited in Williams (2009)
Hopefully this blog has demonstrated not only a few of the differences between critical thinking and criticism, but also the real skill in training the mind to think critically.
Further reading: